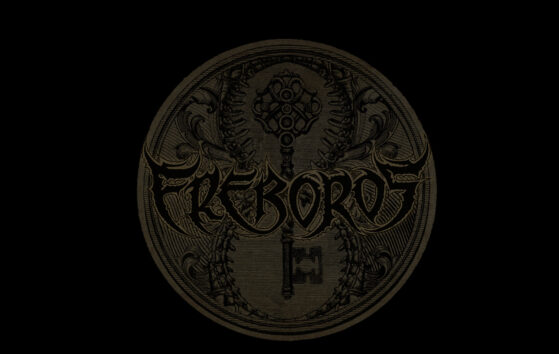 In Greek mythology, Erebos represents the deep darkness conceived as a primordial deity, the personification of darkness—one that was born of chaos. Ouroboros is an ancient symbol depicting a serpent eating its own tail, often interpreted as an emblem for eternal cyclic renewal, death, and rebirth.

Collecting an arsenal of ten records and nine national and international tours (two South American, four European, one in Eastern Europe, and one in the United States), adding up to a total that exceeds 400 shows and tens of thousands of kilometers of road in more than 50 countries in their previous works, the experienced quartet arrives with a lot of baggage.

Their first self-titled EP (EREBOROS), has five songs that will be released in the second half of 2022 on all streaming platforms in singles format.

The songs’ main subject is the questioning of the negationist “modus operandi” and the moralistic ties of today’s society. Always seeking poetic depth and critical themes such as philosophy and occultism, the lyric of EREBOROS is used as a tool of enlightenment and freedom.

The songs were produced independently by the band members, recorded at Tellus Studio, Rio de Janeiro, between January and April 2022, and mixed and mastered by producer Caio Mendonça (also Guitarist).  The cover arts were made by Iuri Corvalan, a great artist located in the northeast of Brazil. The promotional and artistic photos were taken by Roberta Guido, a nationally and internationally renowned photographer also from Rio.

Currently, the musicians are focused on excelling in launching their debut and giving their best in this new endeavor.

The new path is not just a metaphysical question of death and rebirth in the eternal cycle of renewal of Hermetic philosophy. It is traveled through the surrender of flesh and soul.